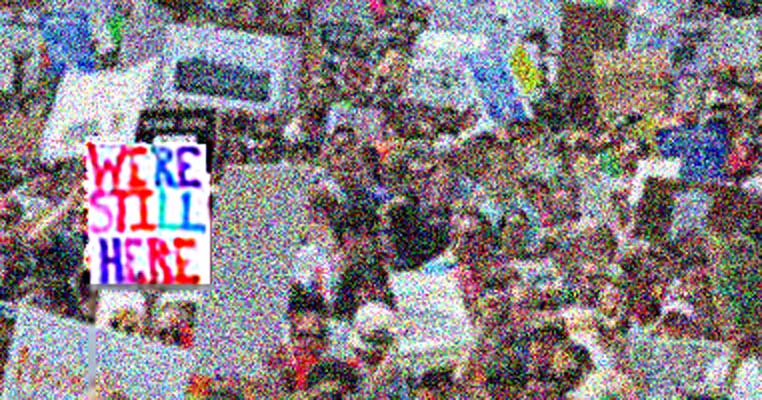 In Cooperative Wisdom, we define good as anything that promotes the kind of cooperation that leads to genuinely mutual benefits. Human survival depends upon that kind of cooperation, and it is responsible for every good thing from loving marriages to stable governments.

Evil is the conviction by individuals or groups that getting what they want requires harming or even destroying other people.That conviction was on display in Charlottesville, and most Americans responded with a deep sense of revulsion.

If anything, the outpouring of distress online and in the streets confirms our premise. Most of us want to cooperate most of the time. Of course, we have disagreements. They are inevitable because we have different perspectives and priorities. And, yet, people of goodwill understand that, that if we are going to accomplish anything worthwhile in the face of these differences, we have to expand—not shrink– the community of people committed to benefits that only cooperation can create.

And we have to speak out firmly against predators who try to take advantage of our general predisposition toward cooperation. Predators want what they want regardless of the consequences for others. This is– and should be–shocking to those of us who spend most of every day trying to create genuine mutual benefits with family members, colleagues and fellow citizens.

Lessons from the Past

Years ago, Carolyn remembers visiting Auschwitz. At the time she was an undergraduate, traveling through Europe, seeing all the remarkable things cooperation could accomplish from hostels and bistros to castles and cathedrals. Nothing she’d read did justice to the reality.

That was true at Auschwitz too. Although she knew the history, she wasn’t prepared for the visceral sense of evil she felt in the camp. Suddenly, the history was palpable. People really did round up other people, transport them to camps, shovel them into ovens.

Don had a similar experience. He remembers standing in a concentration camp shower and hearing the click of a door being locked. The guide then explained that Nazis required prisoners to shower regularly, never knowing whether water or poisonous gas would flow from the shower heads.

Watching Charlottesville brought back that visceral sense of evil for both of us. The KKK, Nazis, white supremacy. All are organizations that coalesced around the mistaken idea that some people are superior so they are entitled to abuse and even exterminate others.

At first, we felt helpless.Carolyn admits feeling fear because the hatred was directed at people who matter deeply in her life. One inclination was to fight fury with fury. As one of her friends put it, “If I had been there, I would have wanted to punch someone in the face!”

Commitment for the Future

But more fury isn’t going to restore what matters in our republic. Instead, we are certain that the best way to counter hatred is to double down on cooperation. Fortunately, other people had the same impulse.The massive counter rallies in Boston and other cities were a vivid confirmation of our premise–people who try to do the right thing for each other vastly outnumber people who hate.

Important as rallies are, they must be backed up by consistent, persistent action to make our union more inclusive. Each of us can give ourselves more fully to the cooperative efforts in which we are involved. We can encourage each other and be respectful of each other. We can make our commitment to mutually beneficial cooperation more explicit.

We can also seek out new ways of magnifying and extending the benefits of cooperation. We can speak honestly about harms that are clear from our point of view. We can listen to what others have to say and assume goodwill whenever possible. We can be proactive in looking for opportunities to support and encourage people under attack. And we can accept their guidance about what would be useful to them. All of this is standard operating procedure for those who practice Cooperative Wisdom.

At this moment in our history, we must also call out predatory behavior—in ourselves and others.  Face it. Sooner or later, most of us try to take advantage of other people. We angle for the larger slice of cake or the smaller amount of work. We accept unearned privileges. Now is the time to examine our own behavior. We must bend over backward in favor of fairness, be scrupulous about rooting out any unintended bad consequences, and be deliberate about expanding the opportunities created by cooperation to anyone willing to pursue them..

And we must have the courage to stand up when people voice the hateful ideologies of racism and white nationalism. Often these ideas are rooted in pain and ignorance. Sometimes they can be dispelled through courageous conversation with people who fear what they do not know.

An Exemplar of Cooperative Wisdom

As an example, consider Daryl Davis, a black blues musician who has spent 30 years befriending members of the Ku Klux Klan. In an NPR interview, he described one encounter:

“This guy.. made the statement, which I’d heard before, “Well we all know that all black people have within them a gene that makes them violent.” I turned to him…and I said, “Wait a minute. I’m as black as anybody you’ve ever seen. I have never done a carjacking or a driveby, how do you explain that?” He didn’t even pause to think about it. He said, “Your gene is latent. It hasn’t come out yet.”…

I was dumbfounded…. Then I used his point of reference. I said, “Well, we all know that all white people have a gene within them that makes them a serial killer.” He says, “What do you mean?” And I said,”Well, name me three black serial killers.” He thought about it — he could not do it. I said, Ted Bundy, Jeffrey Dahmer, Charles Manson, John Wayne Gacy. All whites. I said, “Son, you are a serial killer.” He says “Daryl, I’ve never killed anybody.” I said, “Your gene is latent. It hasn’t come out yet.” He goes, “Well, that’s stupid!” I said, “Well, duh…. What I said was stupid, but no more stupid than what you said to me.” Then he got very, very quiet and changed the subject. Five months later, based on that conversation he left the Klan. His robe was the first robe I ever got.”

Davis is an exemplar of Cooperative Wisdom—someone who rescued another person from a destructive path by doubling down on cooperation. The ugly events in Charlottesville must inspire us be more deliberate about each of the social virtues: Anticipate harms caused by ideologies of hate. Discern values that are threatened. Be creative in our responses. Strengthen cooperation wherever it exists. Confront evil when it emerges.

We believe cooperation can overwhelm hate but only when people who are committed to cooperation stand up for their beliefs. History makes it all too clear that evil can find a foothold if good people fail to come together to speak out. If ever there was a time to put Cooperative Wisdom into action, now is that time!